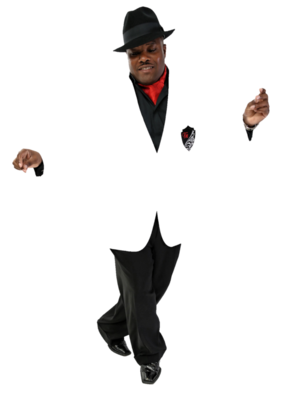 Jimmie "Jay" Owens made his mark in the dance community through his performing and teaching Houston Two-Step. In 2008, he started his training as a student taking basic Houston  Two-Step lessons under Instructors Lee "Smooth" Perry and Deborah "Fanci Dancer" as well as Henry “Zeus” Harvey where he stared to learn the basic structure of the dance. While in Henry “Zeus” Harvey’s class he met Willie "2+2" Fleming, who noticed his talent and began training him in intermediate and advanced Two-Step. This training would lead to him entering and winning his first Two-Step competition in August 2008 with his first dance partner Barbara Lewis. During this competition Jay was spotted by Master Redd who immediately took him under his tutelage and groomed him for competing & showcasing. Over the course of his grooming under legendary Houston Two-Steppers Lee "Smooth" Perry, Willie "2+2" Fleming & Master Redd, he had the honor of learning under other Houston Two-Step legends like Jordan Sapp, Johnny B, Cochise & Evelyn.

Jay continued his education in dance by taking dance lessons and attending various workshops in order to continue to grow & learn proper dance & spin techniques, class structure, teaching techniques & much more at studios like Arthur Murray Dance Studio, The Dance Place, Houston Dance Factory and many others.  As a result he has became very knowledgeable and well known as a dancer and teacher of proper dance and spin techniques as well as his class structure.

In July 2009, Jay Owens along with former members Barbara & Teddie Lewis founded Flo-Motion Dance Association in Houston, Tx and in Baton Rouge, La. Jay also innovatively developed and wrote a curriculum entitled “Houston Two-Step Basic Instructions” in order to create a structure in which to more effectively teach Houston Two-Step. Respectively, in August 2010, Jay’s curriculum was copyrighted and registered in the Library of Congress.

Flo-Motion Dance Association has and continues to produce the next generation of some of the best up and coming Houston Two-Steppers. They are committed to advancing and preserving the art of Houston Two-Step by teaching the dance at a high level in a fun, friendly, family oriented social environment in order for it be passed on and enjoyed for generations to come. Jay resides in Houston, Texas where he continues to teaches, and when time allows he enjoys traveling to events across the country to dance, showcase, judge and compete in Houston Two-Step. Jay Owens is also the current 2013 National Swing Dance Championships “Houston Two-Step Invitational” Division Champion. 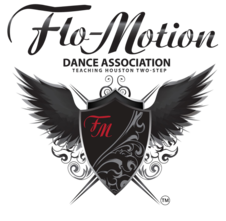